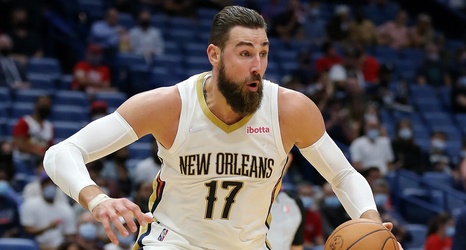 The New Orleans Pelicans will be without Brandon Ingram for a second straight preseason game when they battle the Chicago Bulls tonight. He continues to miss time thanks to right knee soreness, but as it's been previously reported, there’s no cause for alarm. The move is considered precautionary.

Willie Green’s starting lineup Friday night will be the same as in the last outing, featuring just one assured regular in Jonas Valanciunas.

Meanwhile, the Bulls will have their regular starting lineup outside of the injured Patrick Williams.