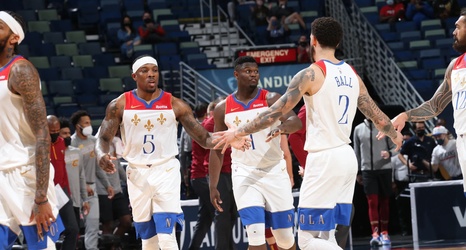 The New Orleans Pelicans will be looking for redemption today against the New York Knicks and the best avenue for success might be as simple as making more outside shots.

Over the last six games, the Pelicans have made a woeful total of 36 threes, knocking them down at a 24.3 percentage. The next lowest team total since April 7? 51 by the Orlando Magic. Even the Kings have splashed 54 3s and it took them only five games to compile that mark during this stretch.

Stan Van Gundy talking about how spacing is shooting and the Pelicans have done a really poor job of having opponents respect them.