Game 8: Lonzo Ball, Derrick Favors and JJ Redick banged up some but ready to make sacrifice for Pelicans in Raptors matchup 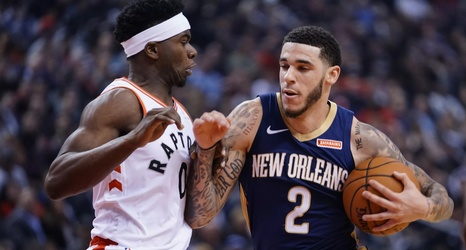 The New Orleans Pelicans remain without Zion Williamson and Darius Miller is probably out all season, but JJ Redick will fight through a left knee bruise and Lonzo Ball is going to give it a go against the Toronto Raptors despite dealing with an abductor strain. Also, Derrick Favors feels he’s inching closer to 100% after dealing with knee soreness since the Mavericks matchup.

The New Orleans Pelicans are a banged up group, but they understand the importance of needing to play through some injuries because that 1-6 record sits front and center like the monster from Will’s visions in Stranger Things.