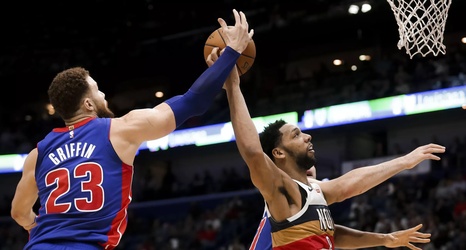 The New Orleans Pelicans are electing to super size their lineup tonight as they battle the Detroit Pistons.

Per Alvin Gentry just moments ago, Derrick Favors, who was away from the team for personal reasons following the death of his mother, is back in the building but will not play. Instead, Jahlil Okafor will draw the start and be flanked by Kenrich Williams and Brandon Ingram to combat the tandem of Blake Griffin and Andre Drummond.

In response to the added length of the starting lineup, Lonzo Ball will move back to the bench.