Future of the NBA rolls through New Orleans Pelicans, Grizzlies 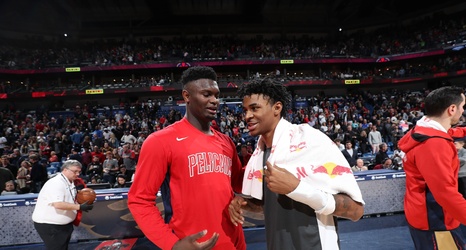 Friday night saw the much-anticipated matchup between #1 overall pick Zion and Ja, the #2 overall pick as the New Orleans Pelicans hosted the Memphis Grizzlies. While this was round 2 for the Western Division rivals, it was the first time Zion Williamson played against his childhood AAU teammate, Ja Morant.

The matchup did not disappoint with highlight-reel moments created by both rookie sensations throughout the game. Early in the game, Williamson was the receiving end of an alley-oop. Five games into his professional tenure, and it’s becoming a common sight.