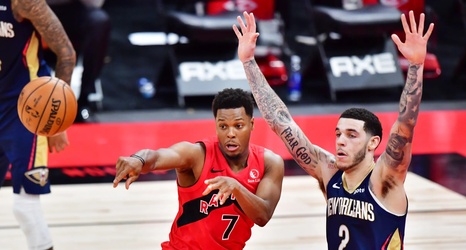 Don’t be surprised if the New Orleans Pelicans starting lineup has up to three new faces next season, with Lonzo Ball, Eric Bledsoe and Steven Adams all playing elsewhere.

Smoke has consistently surrounded Ball since before the last trade deadline and now throughout this offseason.

Lowe: "You just don't know if New Orleans loves Lonzo Ball. I've never gotten that kind of vibe and the wild card to me is they have Nickeil Alexander-Walker & Kira Lewis, both of whom they love. I don't know what's going to happen there.