Entire Pelicans roster will have messages on jersey nameplates in Orlando 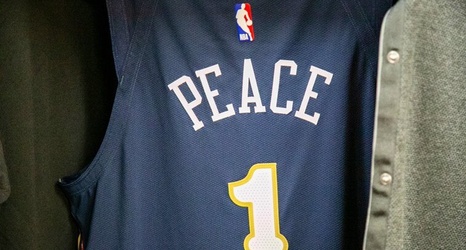 The last name on the back of New Orleans guard Nickeil Alexander-Walker’s uniform is normally so lengthy – 15 letters – that it’s almost surprising Pelicans equipment manager David “Big Shot” Jovanovic can squeeze all of it onto a jersey. When the NBA officially restarts Thursday with a New Orleans-Utah game, however, the 21-year-old rookie’s nameplate will be significantly more concise, carrying a succinct four-letter message: VOTE.

Alexander-Walker and every member of the New Orleans roster has opted to participate in an initiative partnered between the NBA and the player’s union, allowing players to replace the last name on their jersey with one of 29 approved messages or phrases (entire Pelicans player list below).