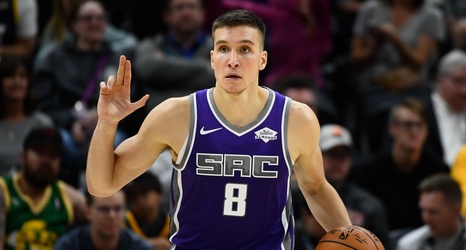 The New Orleans Pelicans are off to a 1-6 start, which is starting to turn the fan base from excited to angry, even as the team struggles with injuries and chemistry development. However, there’s been enough evidence through seven games that the team certainly has some holes, enough to start thinking about potential trades.

Left with bad feelings to start the year with a 2-5 posting from the Sacramento Kings, two-way forward Bogdan Bogdanoviu0107 is apparently interested in how the organization can trade his services to another squad.

The Kings entered the season as Western Conference Playoff hopefuls, one of the handfuls of teams alongside the Pelicans who are competing for a bottom spot in the bracket.