Did You Know That… Josh Gray is an official ‘ambassador’ for the state of Louisiana? 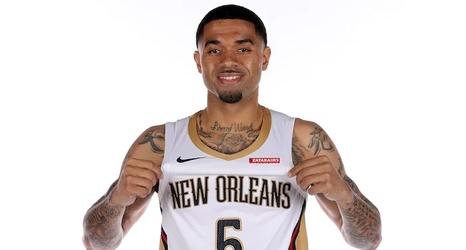 At age 26, point guard Josh Gray has already checked off two of the biggest boxes for any basketball player from Louisiana. LSU scholarship? Gray started 29 games over two seasons for the Tigers, who finished in the top half of the SEC in both 2014-15 and ’15-16. Suiting up for the state’s NBA franchise? He signed a two-way contract with New Orleans last summer and appeared in a pair of regular season games for the Pelicans, when he wasn’t dominating the G League (No. 5 scorer at 22.5 points per game, topping the Erie Bayhawks).

Another of Gray’s unique achievements as a Pelican State native has as much to do with his background and ability to overcome adversity as his feats on the basketball court.