Did You Know That… Derrick Favors may have been destined to play basketball? 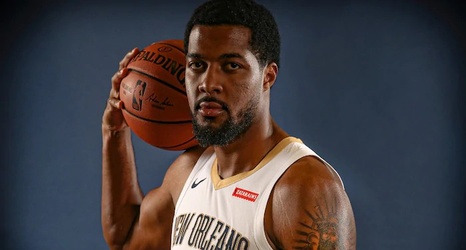 New Orleans starting center Derrick Favors is considered an “old head,” an uncle-type figure in the Pelicans locker room, a bit more experienced and savvy about basketball and life than many of his young teammates. However, even though he’s a decade into his NBA career, he’s still only 28, having been born in Atlanta on July 15, 1991. That means his first vivid memories of the NBA are from the late 1990s and early 2000s, when a certain future Hall of Fame guard-center tandem was dominating the league in Southern California.

Favors can’t quite recall exactly how old he was when it occurred, but a happenstance discovery as a kid helped spark his interest in hoops.