Derrick Rose rips out hearts by coming through in the clutch with game-winner for Pistons, New Orleans Pelicans drop ninth straight 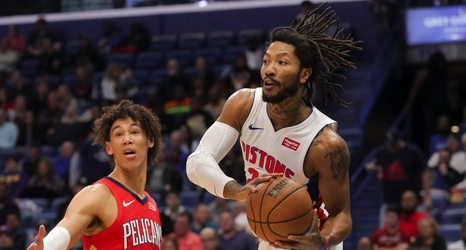 After coming off their most lopsided regular season defeat in franchise history a few days ago, the Pelicans lost their ninth straight game tonight — the longest losing streak under Alvin Gentry — as Derrick Rose hit a jumper with 0.3 seconds remaining to lift the Detroit Pistons past New Orleans 105-103.