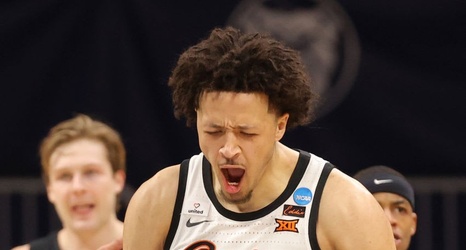 Zion Williamson of the New Orleans Pelicans thrilled NBA fans with a breakout season and one of his biggest fans is possible number one pick Cade Cunningham.

Cunningham made an appearance on the Old Man & the Three podcast with J.J. Redick, who asked the future star which under-25 player he most likes to watch.

Redick could do nothing but smile and nod when Cade Cunningham said Zion Williamson is his favorite player to watch: