Behind the Numbers presented by HUB International: Pelicans at Hornets (11/9/19) 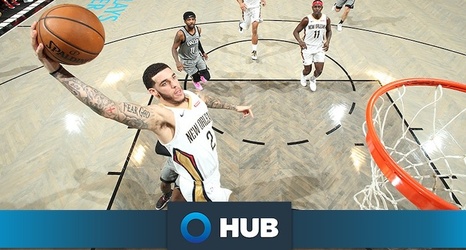 5: Different starting lineups already this season for New Orleans, a number that will automatically increase to six Saturday, because point guard Lonzo Ball (right adductor strain) has been ruled out of action vs. the Hornets due to injury. Ball has started all eight previous games, joined every game only by three-year NBA teammate Brandon Ingram. The club’s most common starting five of Ball, Jrue Holiday, Ingram, Nicolo Melli and Jahlil Okafor has sported a record of 1-2.