Behind the Numbers presented by HUB International: Lakers at Pelicans (11/27/19) 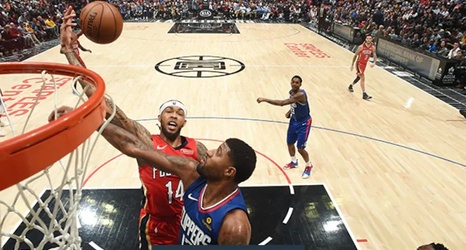 9: Major statistical categories in which Brandon Ingram has improved in his first season with New Orleans, compared to his third and final season with the Lakers. Keep in mind, the 22-year-old is actually averaging slightly fewer minutes per game this season (32.9 in NOLA, after 33.8 in L.A. over 52 games in ’18-19), but he’s been better in three-point percentage (45.9, up from 33.