Anthony Davis unsure if he can play Tuesday against Lakers 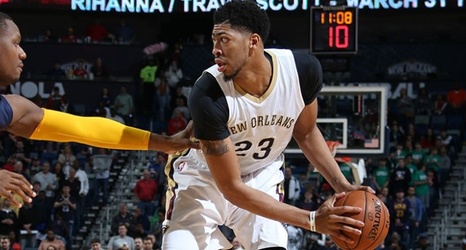 LOS ANGELES – For one young New Orleans fan with a second-row seat at last Friday’s home game vs. Indiana, a late arrival to the Smoothie King Center meant missing the chance for an up-close-and-personal meeting with two-time All-Star power forward Anthony Davis. Under the circumstances, however, that was probably for the best.

Davis, who pursued a loose ball against the Pacers by diving over the first row and crashing into the second, sustained a painful back contusion on the play when he landed on unoccupied chairs. After sitting out Sunday’s game against the Clippers, his status is listed as questionable for Tuesday’s matchup vs.