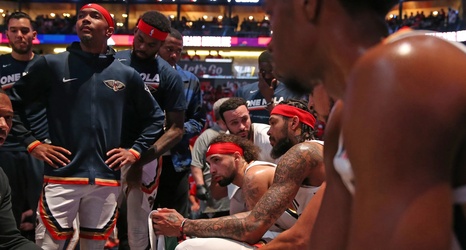 {This in-depth article was written by guest contributor Garrett Ohlmeyer. Please be sure to follow him along @Gohlmeyer!}

With 8:30 left in the fourth quarter, the New Orleans Pelicans had a chance to tie their improbable first round playoff series against the Phoenix Suns at 2-2. The NBA world outside of New Orleans may not have known Jose Alvarado’s name yet, but they would soon.

As Sun’s guard Chris Paul inbounded the ball, Alvarado picked him up full court and the city’s sea-of-red crowd slowly inched out of their seats as the game clock ran down, eventually forcing an eight-second violation on Paul, who has deservingly earned the nickname “Point God” over his 16-year career.