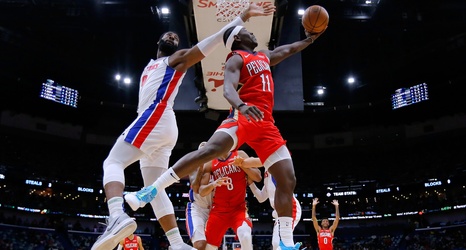 The New Orleans Pelicans just lost their ninth game in a row on a literally last second shot by Derrick Rose, who nailed a mid-ranger jumper after shaking off Jrue Holiday.

After trailing much of the second half, the Pelicans had multiple chances to take the lead and grab hold of a much needed victory, but for whatever reason — lack of competent defensive, offensive messiness, a general skittishness — they were unable to do so.

I’m not sure if a last second loss is more or less frustrating than losing by over 40 to the Mavericks, as New Orleans did over the weekend, but either way, things are not looking great right now.