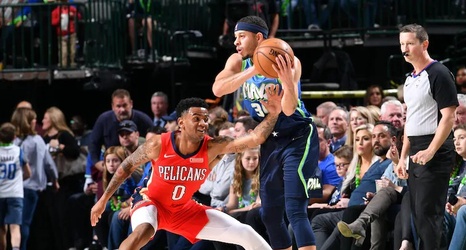 (On his message to the team…)

“Well, the absolute obvious is that obviously we’ve got to be better than that. I don’t think we competed. When they got separation, I didn’t think we competed. I think that’s the worst thing in the world to do, [is] to stop competing. We started offensively to try to do it on our own. That doesn’t work either. We’re a pass-first team, and we started to run too much isolation stuff. So, it’s a terrible game, a poorly-played game, a poorly-coached game, [and] all of us got to take responsibility.