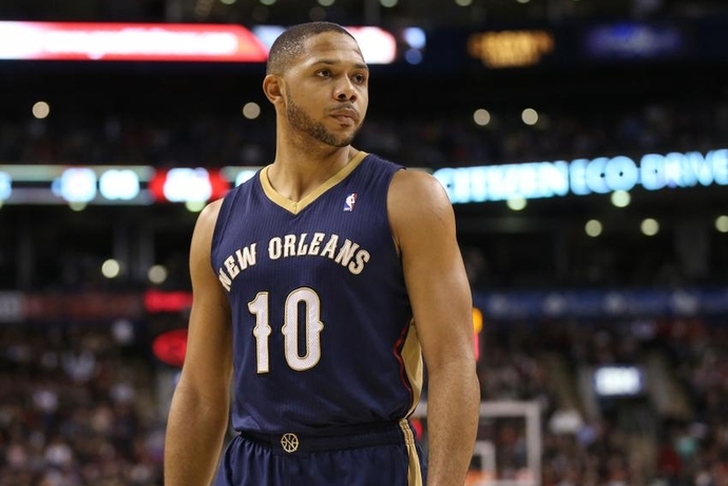 The start of NBA free agency is just two days away and the New Orleans Pelicans are looking to upgrade their roster. The Pelicans have a few free agents, but might not be bringing them back for another season. Here are all the latest Pelicans rumors and news and you need to know.

Pelicans Letting Free Agents Walk?
Eric Gordon, Ryan Anderson, Norris Cole and Kendrick Perkins are all unrestricted free agents. And the New Orleans Advocate reports the Pelicans aren't "likely to make a strong push to re-sign their own free agents." Both Gordon and Anderson are expected to draw interest this offseason, especially Anderson. He's a classic stretch-four and could end up with a larger contract than many are expecting. Gordon has battled injuries, but could be a key bench piece for a team in need, such as the New York Knicks.

Kent Bazemore A Target?
With Gordon likely to leave, the Pelicans will be in the market for some help on the wing. One player they are interest in is Kent Bazemore, according to the New York Post.

According to an NBA source, Bazemore is 'not ruling the Knicks out because he fills a need for them at the wing.' But the source isn’t sure if the Knicks will come into play. Bazemore’s intention is to stay in Atlanta. But if it doesn’t work out, Bazemore will have a bevy of suitors, including New Orleans and the Knicks.

Bazemore could become a bit pricey, as he's the 3-and-D player that is coveted around the NBA. He'd be a great fit in New Orleans where he could play shooting guard or small forward. But Bazemore will draw plenty of interest and might prefer another suitor, even if he does leave Atlanta.

Follow our New Orleans Pelicans team page for all the latest Pelicans Rumors or download the Chat Sports App!