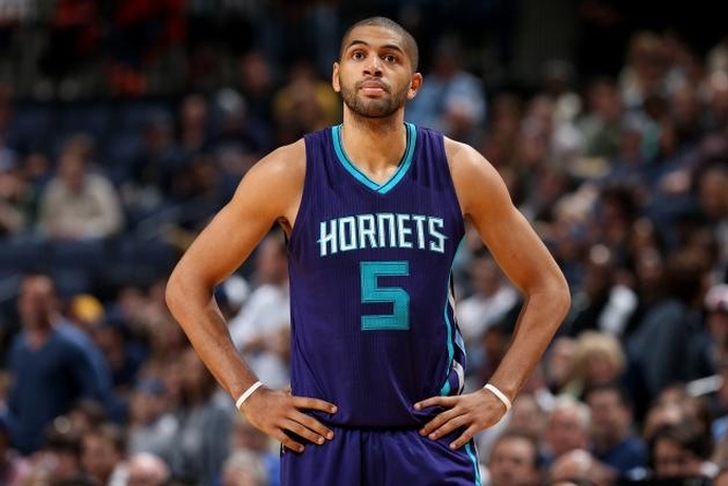 The New Orleans Pelicans head coach Alvin Gentry made it clear in his end of season press conference that the team wants to add more shooting and athleticism on the perimeter in free agency, creating speculation as to who they might pursue. SB Nation's David Fisher says Hornets wing Nicolas Batum is New Orleans' top target on the open market:

Nicolas Batum is the ideal target by far. He's everything Alvin Gentry asked for in his end-of-season press conference; 6-foot-8 with the ability to be a primary or secondary creator, defensive versatility to defend multiple positions, and a shooting stroke to keep the paint uncluttered for Anthony Davis. This year for the Charlotte Hornets Batum averaged 14.9 points, 6.1 rebounds, and 5.8 assists while playing both wing positions and even a little power forward. He's also been durable, playing at least 70 games in each of the last four seasons.

The problem with signing Batum is two-fold. First, the Pelicans do not have the requisite space to sign him without a significant trade or two. Every single big contract New Orleans would need to move features a currently injured (Tyreke Evans or Jrue Holiday) or under-performing (Omer Asik or Alexis Ajinca) player. It will be difficult. Secondly, competition for Batum is going to be significant. The Hornets, Indiana Pacers, and Boston Celtics can all offer a max contract without breaking up their playoff rotations. Out west, the Minnesota Timberwolves (where Batum originally signed in his first turn in free agency) offer a young roster brimming with talent. That is just the tip of the iceberg. Batum is the best free agent wing below the Kevin Durant / LeBron James tier.

New Orleans doesn't plan to re-sign guard Eric Gordon this offseason, and are looking for someone to take his place. Reports indicate they also aren't sold on Tyreke Evans on the wing, either.

The Pelicans are expected to have a high lottery pick in the draft and will use that to fill one of the wing position needs, but want Batum to fill the other. Harrison Barnes, Kent Bazemore and Arron Afflalo are other potential options.