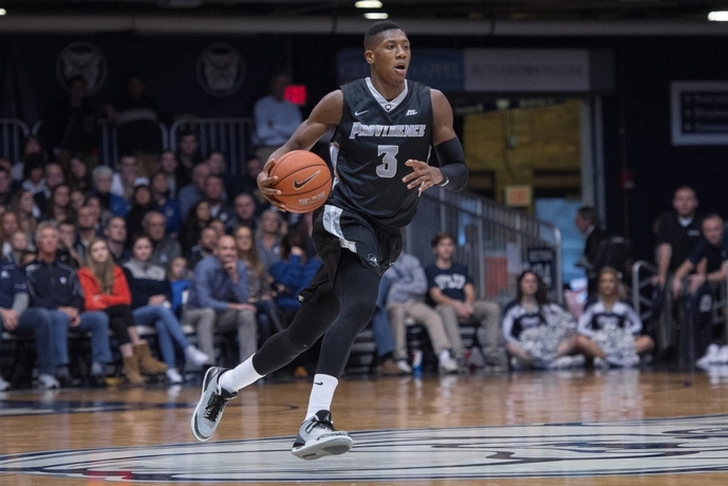 The New Orleans Pelicans hold the No. 6 overall pick in the NBA Draft after a disastrous season that saw them slip to the third-worst record in the Western Conference. However, it does give them the opportunity to draft another high quality player to pair with Anthony Davis. Here's all the latest Pelicans draft news and rumors:

Kris Dunn trying to work way to Pelicans?
Providence point guard Kris Dunn is considered by many to be the third best prospect in this draft behind Ben Simmons and Brandon Ingram, but he could slip some in the draft as many teams at the top of the draft already have established point guards. According to The Vertical's Adrian Wojnarowski, he is trying to avoid being drafted by the Celtics and Suns:

Representatives for Providence’s Kris Dunn don’t want him to go to a team with a young point guard already in place and may refuse to release his medical records to the Celtics and Suns.

Boston has Isaiah Thomas and Marcus Smart at the position, while Phoenix has Eric Bledsoe and Brandon Knight. Considering the praise Dunn gave New Orleans at the NBA Combine, it looks like he is trying to angle his way to the Pelicans.

''For any point guard who's going there, who wouldn't want to play with Anthony Davis,'' he said. ''He's definitely a superstar, up there with LeBron (James) and all those guys. To be able to play with a guy like that, it's only going to help me.''

That just leaves the Timberwolves between Dunn and Pelicans, who have Ricky Rubio as their starting point guard. However, Minnesota has been trying to get rid of Rubio to draft Dunn. We'll have to wait and see if he tries to work his way past them as well.

If not Dunn, then who?
New Orleans does have Dunn very high on their draft board, but if he's unavailable, Jonathan Givony of DraftExpress and The Vertical says the Pelicans will draft Kentucky sharpshooter Jamal Murray.

The Pelicans’ backcourt is unsettled at the moment, with a dozen different players earning a starting nod at one point or another over the course of the season. Eric Gordon, Tyreke Evans and Jrue Holiday have all struggled with injuries and none is under contract past next season, which means New Orleans will look at all of the top guards available. Murray was one of the most prolific scorers in college basketball despite being a freshman.