Pelicans Game vs. Nuggets Pivotal To Turning Season Around 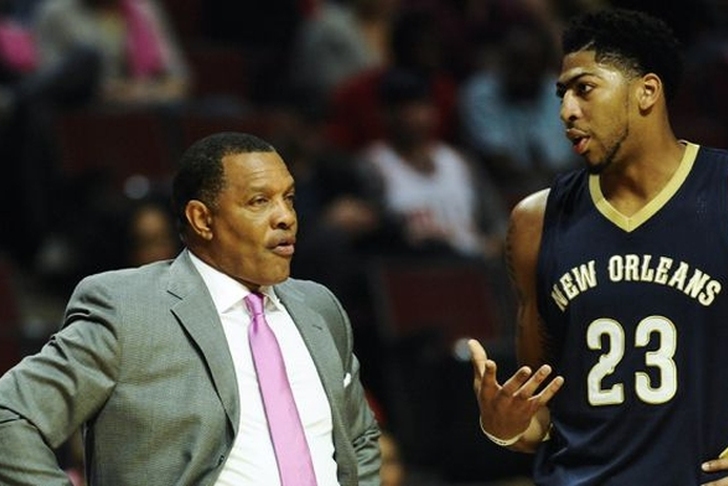 The New Orleans Pelicans were expected to build on last year's playoff appearance and be one of the better teams in the NBA this season behind the play of All-Star big man Anthony Davis, but this season hasn't gone quite that way. The Pelicans are just 1-9 through their first 10 games, good for the second-worst record in the NBA ahead of the winless Philadelphia 76ers.

Davis' struggles early in the season led to losses to Golden State (twice), Portland, and Orlando, and a hip injury held him out of losses to Toronto and Atlanta. Obviously having a MVP candidate back healthy and playing well will give the Pelicans a big boost, but New Orleans has bigger problems than that.

Forward Quincy Pondexter hasn't played this season after having left knee surgery in May, point guard Norris Cole hasn't played due to a high ankle sprain, starting center Kendrick Perkins is out for three months with a pectoral injury, and starting shooting guard Tyreke Evans had surgery to remove bone chips from his foot. There is no timetable for his return.

Not having those four major contributors - along with Davis missing time - has been the biggest factor in New Orleans' struggles, but no one has stepped up to replace them.

New Orleans has dug themselves into a huge hole in the Western Conference playoff picture, putting major emphasis on Tuesday's game against the Nuggets. The Pelicans would like to get back to .500 by the time they get healthy for a late-season push, and that has to start in a home game against a young, beatable Nuggets team.

If they lose this game, a five-game stretch against Oklahoma City, San Antonio, Phoenix (twice), and the Clippers will likely bury them at 1-15, essentially ending their season after just 16 games. The Pelicans desperately need to start building some momentum, and a win over Denver is just what the doctor ordered.