Joe Dumars Rumored To Become Pelicans GM After The Season 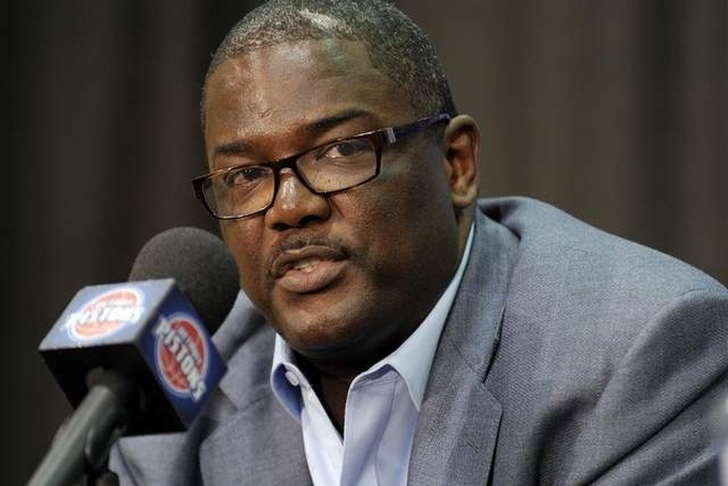 The New Orleans Pelicans are expected to part ways with general manager Dell Demps at the end of the season, and they apparently already know who they want to replace him.

ESPN's Stephen A. Smith said on First Take this morning that former Detroit Pistons president Joe Dumars is expected to take over as the Pelicans' GM:

Marc Stein talked about the rumors. I reported about two hours ago Bryan Colangelo will be the new general manager running basketball operations for the Philadelphia 76ers. It will probably be announced Monday. That is imminent. It is going to happen. He's the new man.

I would have liked to seen, Skip, somebody like Danny Ferry get a good look. Because I thought to some degree he was railroaded. It would have been nice for him to get an opportunity. I would have liked to see somebody like Joe Dumars get a look. But, I think Joe Dumars could end up New Orleans because I don't know what's going to happen with [Dell] Demps. Time will tell it remains to be seen. Of course I want my man Troy Weaver and Scott Perry and individuals like that to get looks because I think they deserve it. Although I know none of them personally like that.

Dumars took over the Pistons in 2001, ultimately building the team that won 2004 NBA Championship over the Los Angeles Lakers. That was part of a stretch in which Detroit made it to six straight Eastern Conference Finals, but he ultimately stepped down in April 2014 after a string of underachieving seasons from the Pistons.