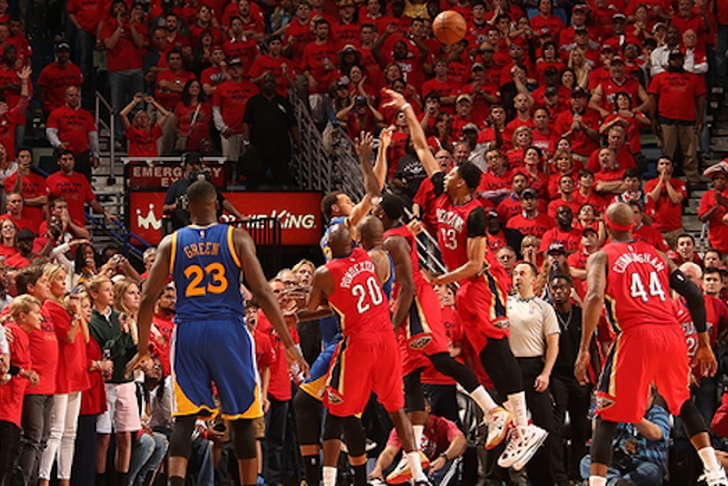 New Orleans and Golden State traded the lead back and forth during the first quarter, but the Pelicans opened the second quarter on a 13-0 run to take control of the game. They led 63-52 at halftime, then expanded their lead to 20 points in the third quarter.

However, Golden State went on a furious rally to get back into the game, and Stephen Curry drained a three with two seconds left to tie the game and force overtime. The Warriors then opened the extra frame on a 6-1 run, allowing them to grab firm control of the game and the victory.

Golden State now leads the series 3-0, which is bad news for the Pelicans as no NBA team has ever won a series after losing the first three games.

The Warriors outscored the Pelicans 54-30 during the fourth quarter and overtime, and it marks Golden State's first 20-point fourth-quarter comeback in the shot clock era in 357 tries.

Anthony Davis was an absolute animal in this one, posting 29 points, 15 rebounds, and three blocks. Ryan Anderson (26 points) and Norris Cole (16 points) also gave the Pelicans a big boost off the bench.

Stephen Curry (40 points, nine assists) was the man of the night as he carried the Warriors late in the fourth quarter and in overtime, but Klay Thompson (28 points) also contributed in a big way.