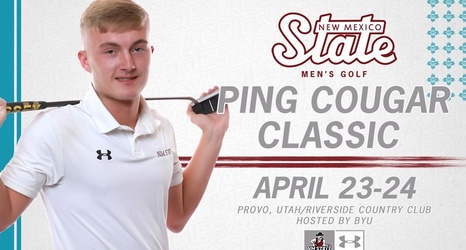 PROVO, Utah - Joseph Robson continued his strong tournament at the PING Cougar Classic, as his final round 69 (-3) led him to his first top 25 finish of his career. As a team, NM State finished tied for 16th with a score of 882 (+18).

Robson got off to a hot start with an eagle on his second hole of the day. Robson took advantage of the short 357-yard, par four 14th to start his day two-under. Robson picked up two more birdies in his round but finished his round with a bogey to finish three-under.