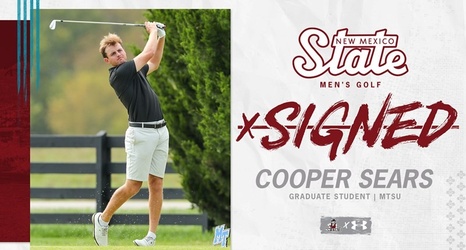 A native of Mount Juliet, Tenn., Sears joins the Aggies after spending the last three seasons with the Blue Raiders. Sears originally signed out of high school with Vanderbilt and saw action in the spring of 2018 with the Commodores before transferring to MTSU.

As a member of the Blue Raiders, Sears completed an extremely successful 2019 that saw the Tennessee native earn All-Conference USA Second Team honors after firing a combined score of 212 (-4) at the CUSA Championships.