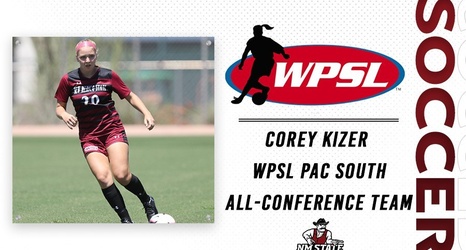 "Corey has been an incredibly versatile player for our squad," said head coach Rob Baarts. "Not only can she score goals, she can also defend. Her work rate and willingness to learn have made Corey a mainstay in the NM State lineup. We are very proud of Corey for being named to WPSL All-Conference Team.