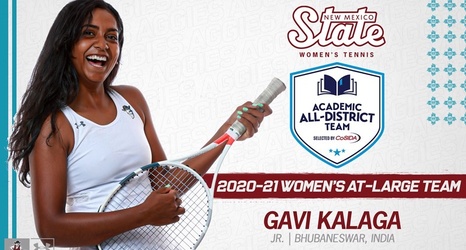 LAS CRUCES, N.M. - Strong on the court, strong in the classroom.

Kalaga, who recently wrapped up her third season in an Aggie uniform, is the first NM State women's tennis player since Sandra Mayr in 2004 to earn a spot on the CoSIDA Academic All-District Women's At-Large Team.