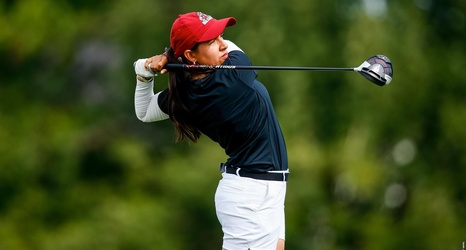 BOULDER CITY, Nev. – Freshman Alison Gastelum is tied for ninth place entering tomorrow's final round after firing a three-over-par 75 in the second round Monday at the Las Vegas Collegiate Showdown.

The native of Chihuahua, Mexico, is at five-over-par 149 through 36 holes of play. UNLV's Elina Saksa is the top individual after two rounds, sitting in first at four-under-par 140 and nine strokes ahead of Gastelum.

Aggie seniors Dominique Galloway and Pun Chanachai are in the leaderboard's top 25 through two days of action, as both are tied for 21st at eight-over-par 152.