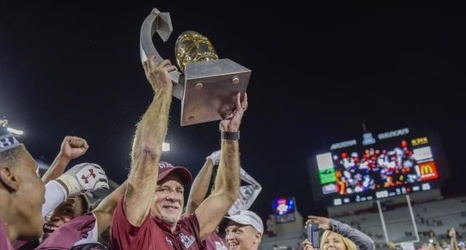 LAS CRUCES – Doug Martin’s job at New Mexico State was listed as the fifth hardest FBS head coaching job in college football in a recent story by The Athletic.

Martin’s salary of $437,000 is the second lowest among the 122 reporting schools according to the U SA Today database.

Martin is in his final year of a four-year contract extension he signed following a Arizona Bowl victory in 2017. There is a clause in his contract that would grant Martin an additional year if the Aggies were to win six or more games this season, but at 1-6 during one of their two open weeks, running the table seems unlikely when considering the remaining opponents on the schedule.