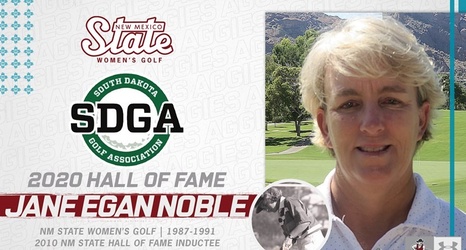 A four-time SDGA champion, including three Women's Amateur Championships in 1987, 1989 and 1990, Egan Noble is one of the most accomplished golfers in state history. She attended O'Gorman High School in Sioux Falls, where she was an individual and team champion and is a member of the school's Hall of Fame.

She turned professional after her intercollegiate career at NM State and had seven pro victories, played in four US Women's Open and was a member of the LPGA Tour from 2000-2002.