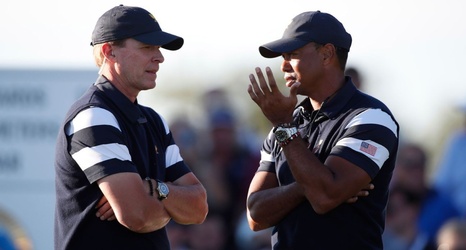 ORLANDO, Fla. -- Steve Stricker wore red and black in honor of Tiger Woods on Sunday at the Arnold Palmer Invitational and said he hopes to have his longtime friend at the Ryder Cup this fall "in one way, shape or form.''

But the U.S. Ryder Cup captain would not go so far as to say this early that Woods would be a vice captain when the United States Ryder Cup team takes on Europe at Whistling Straits in September.

Woods is recovering from multiple serious injuries suffered in a single-vehicle crash in Southern California on Feb.