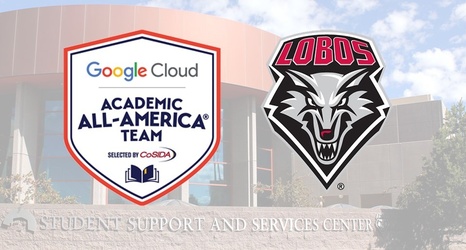 ALBUQUERQUE, N.M. --- Lobo fans have had plenty of prideful moments of late, whether it's two national championships (women's cross country) in the last four years, 43 conference championships over the last eight years, or a native son gaining entry into the College Hall of Fame and the Pro Football Hall of Fame in Brian Urlacher.

Yet, it's UNM's propensity for CoSIDA/Google Cloud Academic All-America selections that might be the biggest source of pride for fans, the athletic department, the University, and the entire state of New Mexico. UNM has had 115 named since 1966, and at least two for each of the last 16 academic years.