The Jacksonville Jaguars have parted ways with coach Doug Marrone 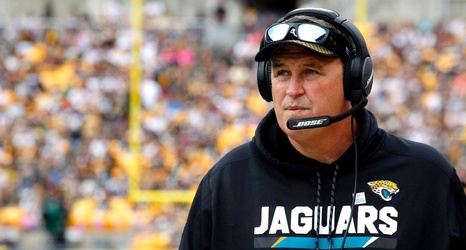 JACKSONVILLE, Fla. -- The Jaguars have parted ways with head coach Doug Marrone on Monday, after the worst season in franchise history.

Marrone has one year remaining on his contract and will be paid through the 2021 season. The team fired general manager Dave Caldwell on Nov. 29 and both openings should be highly sought-after because the Jaguars hold the No. 1 overall pick and have four picks in the first two rounds and seven in the first four.