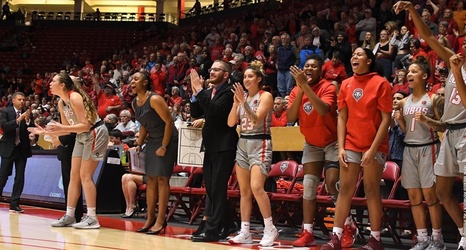 Tipping Off
The University of New Mexico women's basketball team is set to closeout their season-opening three-game homestand on Tuesday night as they host the University of Houston inside Dreamstyle Arena - The Pit.

The first two games of the homestand have been virtual mirrors of one another as the Lobos have fallen behind early, but rallied back for thrilling come-from-behind victories. The latest of those saw the Lobos overcome a 19-point first-quarter deficit against Northern Arizona.

While only two games into the season, the Lobos have not led after the first quarter, but have found their footing on both ends of the court not long after as they have also not trailed at the end of the third quarter in either contest.