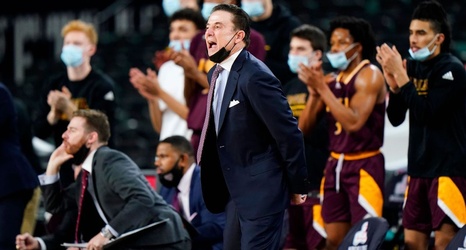 One day shy of the one-year anniversary of Iona hiring Rick Pitino, the Hall of Fame coach has led the Gaels to the NCAA tournament.

Iona defeated Fairfield, 60-51, in the MAAC title game on Saturday. The Gaels never trailed and finished the first half on a 10-0 run, giving them a 12-point lead they wouldn't come close to relinquishing. They extended the lead to as many as 16 points in the second half, led by the senior backcourt of Asante Gist (18 points) and Isaiah Ross (13 points).

It's the program's fifth NCAA tournament appearance in the last six seasons.