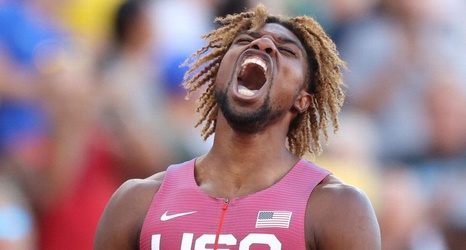 EUGENE, Ore. -- Noah Lyles led wire to wire and routed the field in the 200 meters Thursday in 19.31 seconds, the third-fastest time ever, to lead America's second sprint sweep at the world championships.

The only two faster times are the 19.19 world record run by Usain Bolt in 2009, and a 19.26 two years later by another Jamaican, Yohan Blake, while he was pushing Bolt for supremacy. But the time that was most on Lyles' mind was 19.32. That's the American record set in 1996 by Michael Johnson and thought for decades to be unbeatable.