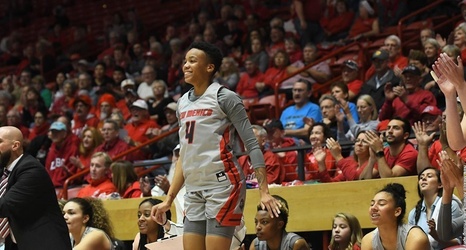 COLORADO SPRINGS, Colo. - The Mountain West has announced the full slate of women's basketball league games for the 2019-20 season. For the seventh-straight year, the league schedule will utilize an 18-game format that will allow each institution to play nine home games. In addition to the schedule announcement, the MW has also announced plans to facilitate a #MWTakeover for the second-straight year.
OFFICIAL MOUNTAIN WEST RELEASE
During #MWTakeover, MW institutions will have access to the Mountain West Facebook, Instagram and Twitter accounts for a single day. They will have the ability to broadcast to those watching what a day-in-the-life of a student-athlete is like at their institution.