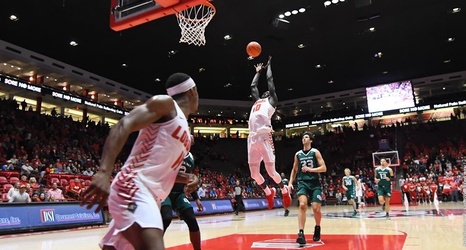 ALBUQUERQUE, N.M. --- For the third-straight game, The University of New Mexico men's basketball team outscored its opponent by double figures while racking up at least 90 points on Wednesday night with a 93-78 victory over the visiting Green Bay Phoenix. Redshirt-senior led the Lobos with a career-high 31 points while fellow redshirt-senior posted his first double-double of the season en route to the victory.

The Lobos (3-0) closed the game in style Wednesday night when, despite head coach Paul Weir shouting to his team not to shoot the ball, the crowd was so loud that the squad couldn't hear the instruction.