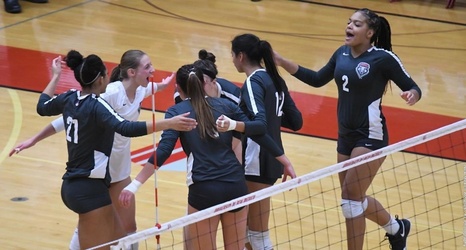 ALBUQUERQUE, N.M— All season long, University of New Mexico head volleyball coach Jon Newman-Gonchar has stated that the Lobos are chasing their best volleyball. As the season nears the end of Mountain West play, the Lobos are hitting their stride and may be reaching that point following Thursday night's four-set victory over San José State, UNM's third win in four matches.

The Lobos made a statement for the first two sets, never trailing in 25-22 and 25-14 set wins, respectively. The Spartans extended the match following a close third set with a 25-22 set score but the Lobos responded with a 25-23 fourth set to win the match.