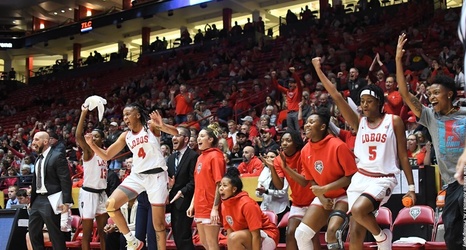 Tipping Off
For the first time this season, the University of New Mexico women's basketball team will take to the road as they are set to head south on I-25 for the first installment of this year's Rio Grande Rivalry, presented by Nusenda Credit Union.

The Lobos will be heading into the in-state rivalry against New Mexico State with a 3-0 overall record while the Aggies will come in at 1-2 overall.

Entering the game on Sunday, the Lobos are coming off of their best all-around performance of the young season as they led all but 39 seconds of the game against Houston, and built a lead as large as 27 points.