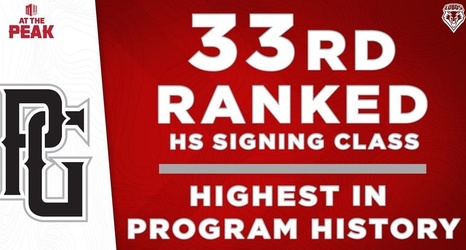 ALBUQUERQUE, N.M. – A class that has been a year and a half in the making has come through in an unprecedented way for the University of New Mexico baseball team as their 2020 signing class is ranked 33rd-nationally by Perfect Game.

The recruiting class ranking by Perfect Game is the highest-ever in program history and the best since 2011 when the Lobos had the 38th-ranked class. Over the course of the next four years, the signing class of 2011 went on to elevate Lobo Baseball to new heights winning the regular season championship in the Mountain West three times (2012, 2013 and 2014), advancing to the NCAA Regionals twice (2012 & 2013) and being nationally-ranked in 2013 and 2014.