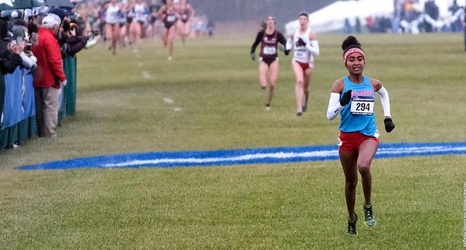 CWSA RELEASE
ALBUQUERQUE, N.M.— In the 2019 NCAA cross country season, there was no one better than University of New Mexico junior Weini Kelati.

And in a season in which Kelati had acquired award after award at every level, on Wednesday afternoon the Collegiate Women Sports Awards announced that the Lobo had achieved the highest honor for a cross country student-athlete by naming Kelati the Honda Sports Award winner for cross country.

The Honda Award signifies the "best of the best in collegiate athletics" with the winner chosen by administrators at over 1,000 NCAA member schools.