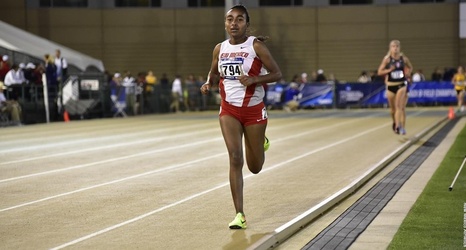 USTFCCCA RELEASE
ALBUQUERQUE, N.M.— Sophomore Weini Kelati has been named the Mountain Region Women's Track Athlete of the Year by the USTFCCCA as announced on Friday.

The latest accolade is the third regional athlete of the year award this academic year for Kelati, who was selected in cross country as well as the indoor season, giving the Lobo runner the season sweep in the award.

Kelati's honor marks the second straight year that the Lobos have swept the regional indoor and outdoor track athlete of the year as Ednah Kurgat and Josh Kerr won both awards in 2018.