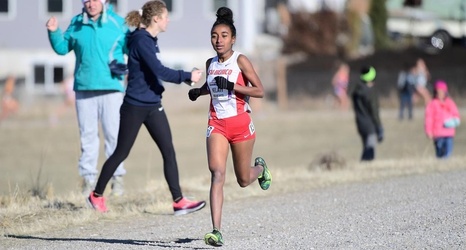 SALT LAKE CITY, Utah— Weini Kelati proved why she is one of the top runners in the nation on Friday afternoon at the NCAA Mountain Regional held at the Rose Park Golf Course, easily defending her title with a time of 18:58.7.

Her margin of victory in the race, 57.2 seconds. In addition, her time was the fastest among all of the nine NCAA regional winners, with the second-fastest time coming from Hannah Reichardt of Albany in the Northeast Regional Championship with 19:28.4.

As a team, The University of New Mexico women posted the top two finishers in the race, had three in the top 15 and four in the top 25 as the Lobos secured a spot in the NCAA Championships with a team score of 83 points, earning them a second-place result in the team standings.