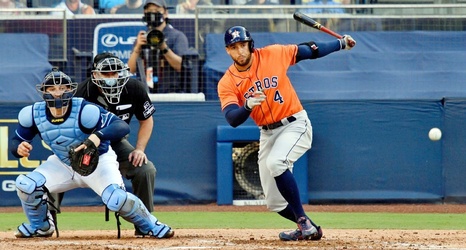 Outfielder George Springer and the Toronto Blue Jays are in agreement on a deal, sources familiar with the situation told ESPN's Jeff Passan, confirming a report by Blue Jays Nation.

Springer is headed to the Blue Jays' spring training facility in Dunedin, Florida, for a physical.

Springer, the sparkplug for the Houston Astros' offense in the leadoff spot for the past four seasons, was one of the most coveted free agents on the market this offseason. He hit a team-high 14 home runs this season and added another four in the postseason, as the Astros lost to the Tampa Bay Rays in the American League Championship Series.