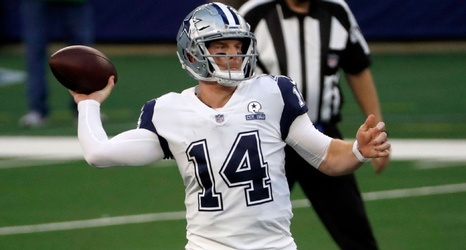 ARLINGTON, Texas -- Something about seeing the Washington Football Team on Thanksgiving seems to agree with Dallas Cowboys receiver Amari Cooper.

In two games on the holiday against the NFC East foe, he has three touchdown catches.

Cooper hauled in a 54-yard touchdown catch from Andy Dalton with 14:08 left in the second quarter, running by cornerback Ronald Darby for his third score of the season to give the Cowboys a 10-7 lead.

For a team that struggled to make big plays and get into the end zone without quarterback Dak Prescott, the Cowboys have scored five touchdowns on their past 13 drives over two games.