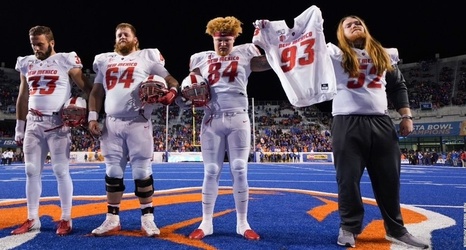 BOISE, Idaho --- New Mexico quarterback Tevaka Tuioti fumbled on the opening play of the game and Boise State's Sonatane Lui scooped and scored from 24 yards out, setting up a first quarter for the Broncos that put the game away early, as UNM lost 42-9 in Boise in UNM's first game since the death of defensive lineman Nahje Flowers.