All UNM football assistants — including Long — on one-year deals 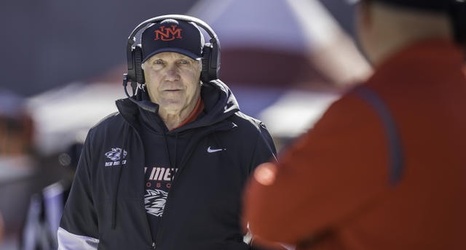 After the college football season ended, University of New Mexico coach Danny Gonzales assured everyone asking about Rocky Long that the esteemed defensive coordinator would be returning even though his two-year contract had ended.

Yes, Long is back. The former UNM quarterback and head coach recently finalized his contract along with nine other assistants. They’re each on one-year deals. Long is the highest paid among them at $300,000 for the year.

Gonzales, who is in his third year of a five-year contract at $700,000 per year, said he would evaluate each facet of his program after the Lobos finished 2021 at 3-9, 1-7 in the Mountain West with an offense that finished 130th and dead last in the nation, averaging 234.