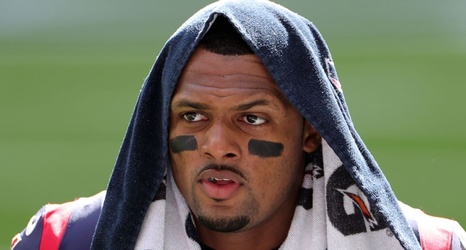 "After a careful and thorough review of the facts and evidence documented in the reports prepared by the Brazoria County Sheriff's Office and the Houston Police Department, as well as hearing testimony from witnesses, the Grand Jury for Brazoria County has declined to charge Deshaun Watson with any crimes. Accordingly, this matter is closed," Brazoria County District Attorney Tom Selleck said in a statement.

Earlier Thursday, the Browns declined comment, but a team spokesperson told ESPN that the team was aware of the potential of a second grand jury and was made aware that it was hearing evidence.